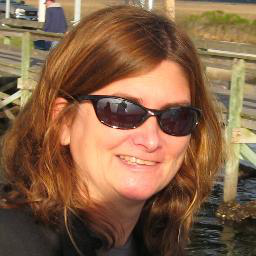 Carol Willing is a Director of the Python Software Foundation, a core developer for Project Jupyter, and a Research Software Engineer at Cal Poly San Luis Obispo.

She’s also Geek-In-Residence at Fab Lab San Diego and co-organizes PyLadies San Diego and San Diego Python. She’s an active contributor to open source projects, a maintainer for OpenHatch and the Anita Borg Institute’s open source projects. Combining a love of nature, the arts, and math with a BSE in Electrical Engineering from Duke and an MS in Management from MIT, she’s enjoyed creating and teaching others for over 20 years.